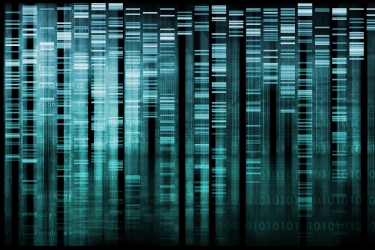 Precision health—using an individual’s genetic profile to guide decisions regarding prevention, diagnosis and treatment of disease, including diseases stemming from liver toxicity.

The UA has had precision health initiatives underway for years, and new initiatives are building on this foundation. Internationally respected pharmacology and precision health researcher and educator Nathan Cherrington, PhD, of the UA College of Pharmacy’s Department of Pharmacology and Toxicology, was one of only three UA faculty members chosen in 2012 to receive the first-ever 1885 Distinguished Scholars Award. This award was created to acknowledge outstanding mid-career faculty members whose research, scholarship and creativty promise to catapult their disciplines to new levels of innovation. 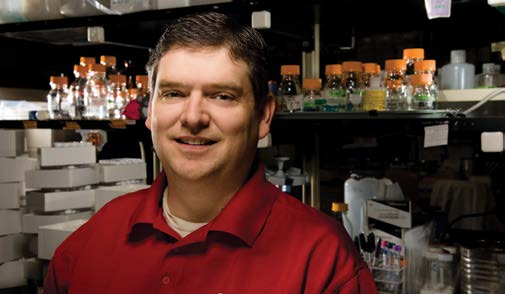 For several years, Dr. Cherrington has investigated the molecular mechanisms of liver toxicity and how liver disease affects the excretion of toxic substances from the body. His recent work looks at variability between individuals that define how drugs are metabolized and how nonalcoholic fatty liver disease (also known as steatohepatitis) affects drug metabolism. "If your liver isn’t healthy, it makes a big difference in drug therapy,” says Dr. Cherrington. “For example, why do five out of 1,000 people have a bad response to a particular drug? Genetics is only part of the story. Our most recent work shows that patients carrying a genetic defect and with a liver that is compromised by disease, may retain drugs in their blood 10 times longer than patients with just the genetic defect."

But only one percent of the people with chronic liver disease, which has few or no symptoms, know that they have it, he says. It takes a liver biopsy to diagnose the condition. Dr. Cherrington is collaborating with a biotechnology company to develop a simpler blood test to identify a compromised liver. Dr. Cherrington hopes his next study will look at factors that could help predict the correct dosage of drugs used to treat childhood leukemia, making each patient’s treatment more individualized. He is eager to start the research.

“I am so fortunate to be here at the UA, which for decades has been the standard-setter in toxicology research,” he says. “I believe in the relevance of my work, and that we are making lives better.”